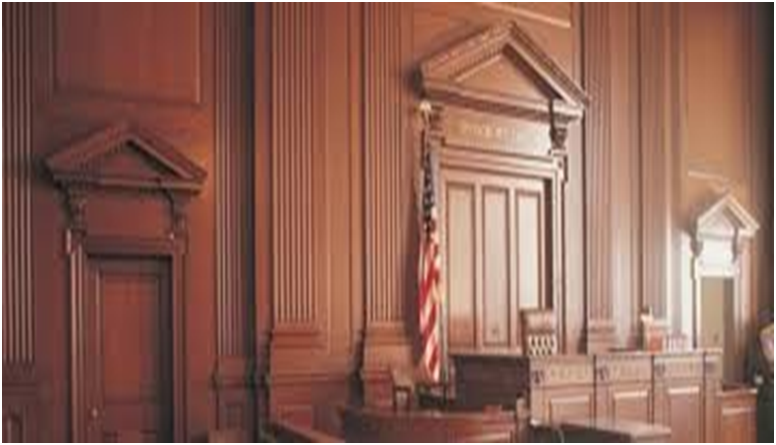 A person who is at least eighteen years of age or who has been tried as an adult and who is convicted of a serious offense except a drug offense, first degree murder or any dangerous crimes against children as defined in § 13- 705, whether a completed or preparatory offense, and who has previously been convicted of two or more serious offenses not committed on the same occasion shall be sentenced to life imprisonment and is not eligible for suspension of sentence, probation, pardon or release from confinement on any basis, except as specifically authorized by § 31-233(A) or (B), until the person has served at least twenty-five years or the sentence is commuted.

Unless a longer term of imprisonment or death is the prescribed penalty and notwithstanding any provision that establishes a shorter term of imprisonment, a person who has been convicted of committing or attempting or conspiring to commit any violent or aggravated felony and who has previously been convicted on separate occasions of two or more violent or aggravated felonies not committed on the same occasion shall be sentenced to imprisonment for life and is not eligible for suspension of sentence, probation, pardon or release on any basis except that the person may be eligible for commutation after the person has served at least thirty-five years.

OFFENSES COMMITTED WHILE RELEASED FROM CONFINEMENT—§ 13-708

A person who is convicted of any felony involving a dangerous offense that is committed while the person is on probation for a conviction of a felony or parole, work furlough, community supervision or any other release or has escaped from confinement for conviction of a felony shall be sentenced pursuant to § 13-708(A).

A person who is convicted of a dangerous offense that is committed while the person is on release or has escaped from confinement for a conviction of a serious offense, an offense resulting in serious physical injury or an offense involving the use or exhibition of a deadly weapon or dangerous instrument shall be sentenced pursuant to § 13- 708(B).

A person convicted of Sexual assault is sentenced pursuant to A.R.S. § 13-1406, which contains specific sentencing ranges.

A.R.S. § 13-707(B) provides that a person convicted of the same misdemeanor or petty offense within two years of the date of the present offense shall be sentenced for the next higher class of offense for which the person currently stands convicted. Except for misdemeanor offenses prosecuted in a justice or municipal court, the presumptive fine imposed on an enterprise must be the median of the allowable range for the violation involved. With specified exceptions, the amount of the fine must be reduced by 25% if the enterprise had an effective program to prevent and detect violations of law when the offense was committed. Whether or not there is a program, five times the maximum allowable fine may be charged under circumstances prescribed in § 13-823.

A.R.S. §13-824 provides that the court may order a defendant convicted of a misdemeanor in a limited jurisdiction court to perform community restitution in lieu of payment of all or part of a fine, a fee, assessment or incarceration cost (but not a surcharge) if the court finds the defendant is unable to pay all or part of the fine, fee, assessment or incarceration cost. The amount of community restitution is credited at $10 per hour toward the monetary obligation.

If a person is sentenced to a term of imprisonment, the court at the time of sentencing shall impose on the convicted person a term of community supervision equal to one day for every seven days of the sentence or sentences imposed. A.R.S. § 13-603(I).

A person may earn release credits of one day for every six days served, unless prohibited by statute. Commutation is possible, unless otherwise provided by law. A.R.S. § 41-1604.07.

A person convicted of a violent crime as defined in A.R.S. § 13-901.03 committed while the person is under the influence of marijuana, a dangerous drug or a narcotic drug is not eligible for release or probation until the entire sentence has been served. A.R.S. § 41-1604.15.

A juvenile convicted in adult court as a chronic felony offender pursuant to § 13-501 (A) or (B) and placed on probation must be sentenced to a term of incarceration in the county jail, not to exceed one year. A.R.S. § 13- 608.

On the motion of a juvenile or on the court's own motion, if a juvenile is being prosecuted in the same manner as an adult pursuant to section §13-501 (B), the court, shall hold a hearing to determine if jurisdiction of the criminal prosecution should be transferred to the juvenile court. A.R.S. § 13-504.

The court may adjust the period of a probationer's supervised probation on the recommendation of an adult probation officer for earned time credit of twenty days for every thirty days that a probationer complies with all statutory requirements. This provision does not apply to a probationer who is on lifetime probation, probation for any class 2 or 3 felony, on probation exclusively for a misdemeanor offense or a person required to register pursuant to § 13-3821.

For any combination consisting solely of the drugs listed above, the threshold is an amount equal to or in excess of the threshold amount as determined by the application of A.R.S. § 13-3420.

Unless otherwise provided by statute, penalty provisions for a specific drug offense are found in the statute in Title 13, Chapter 34 defining that offense. Note: Probation is required for persons convicted of possession or use of a controlled substance or drug paraphernalia. A.R.S. §13-901.01.

The mitigated sentence does not apply to a person sentenced pursuant to §13-3419(A)(4).

1st Degree Murder Sentence of death or imprisonment for life or natural life, as determined in accordance with  the procedures provided in § 13-752. Note, life is only available if the offense is committed by a person under eighteen years of age or the person is convicted of felony murder. A person under eighteen years of age who is sentenced to life is eligible for parole after serving the minimum sentence regardless of whether the crime was committed on or before January 1, 1994. A person who is sentenced to natural life is not eligible for commutation, parole, work furlough, work release, or release from confinement on any basis. If the person is sentenced to life, the person shall not be released on any basis until having served 25 calendar years if the murdered person was 15 or more years of age and 35 calendar years if the murdered person was under 15 years of age. A.R.S. § 13-751.

Surcharges are applied to the base fine, civil penalty or forfeiture and not to other surcharges.

**§ 12-116.04- $13 assessment applicable to each conviction or finding of responsibility to which the surcharge is applicable. Note that the assessment is broader than the title indicates. Effective July 20, 2011.

§ 12-116.07- $500 assessment applicable to each conviction or finding of delinquency for a Dangerous Crime Against Children or Sexual Assault. This assessment shall not be waived. Effective January 1, 2012. (Formerly 13-824)

§ 12-116.09- $2 assessment applicable to each conviction or finding of responsibility to which the surcharge is applicable. Effective January 1st, 2015.

DRIVING UNDER THE INFLUENCE – Title 28, Chapter 4

*Applicable to all violations committed on or after March 13, 2004.

**Applicable to all violations committed on or after August 12, 2005.

MONTHLY PROBATION FEE: When granting probation to an adult the court, as a condition of probation, shall assess a monthly fee of not less than $65 ($50 for offenses committed prior to May 2, 2009) unless, after determining the inability of the probationer to pay the fee, the court assesses a lesser fee. For intensive probation the fee is $75 ($50 for offenses committed prior to November 24, 2009). In justice and municipal courts the fee shall only be assessed when the person is placed on supervised probation. A.R.S. §13-901.

TIME PAYMENT FEE: In addition to any other assessment authorized by law, a fee of $20 shall be assessed on each person who pays a court ordered penalty, fine or sanction on a time payment basis, including parking penalties, restitution and juvenile monetary assessments. A judge may not waive or suspend a time payment fee. A.R.S. §12-116.

Administrative Office of the Courts

We will give you a free, no-obligation consultation and can give immediate attention to your family law legal needs.